Penelope Hunting joined the LTS in 1982.

Penny graduated with an honours degree in history, followed by a PhD in architectural history from the University of London. She has written numerous books on London, the City livery companies and three biographies, the most recent being My Dearest Heart; the artist Mary Beale 1633-1699 (2019). Her History of the Royal Society of Medicine (2002) received an award from the Society of Authors. Penny was editor of the LTS Newsletter until she succeeded Peter Jackson as Chairman, following his death in 2003. 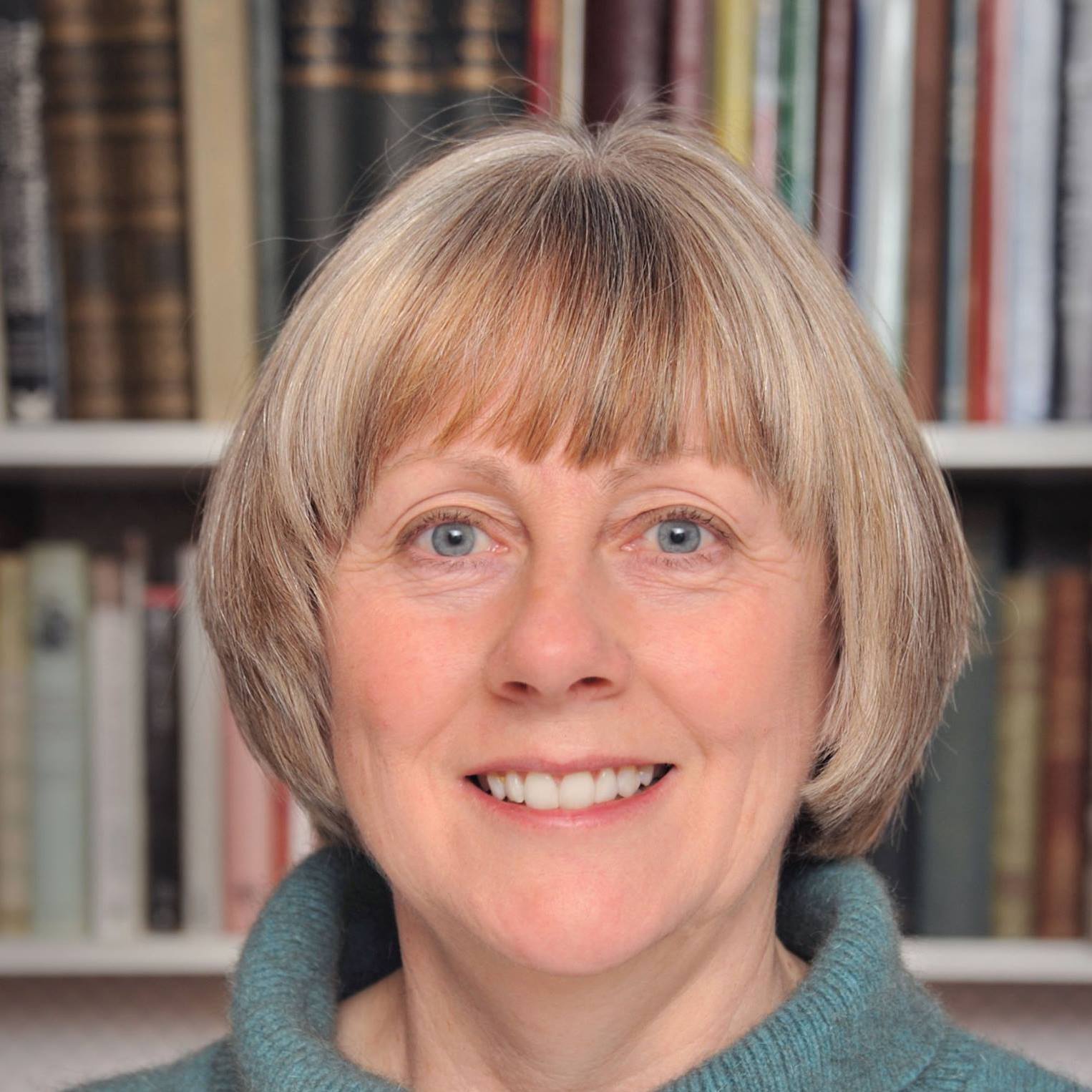 Anne Ramon joined the LTS in 1996. She took over as the Honorary Treasurer from Roger Cline in 2020.

“I have always loved maps, both old and new. My degree was a BA (Hons) in Geography from Birmingham University but a lack of ‘geographical’ jobs in London led me into Banking and later into IT. I was keen to keep my London and topographical interests alive however and I have been a long time Fellow of the Royal Geographical Society and more recently of the London Appreciation Society and London Historians.

“Now I am retired I can also spend more time on my other love, family history, and am keeping up with modern developments in ancestral research, including the use of DNA.

“I am looking forward to helping LTS in the role of Hon. Treasurer.” 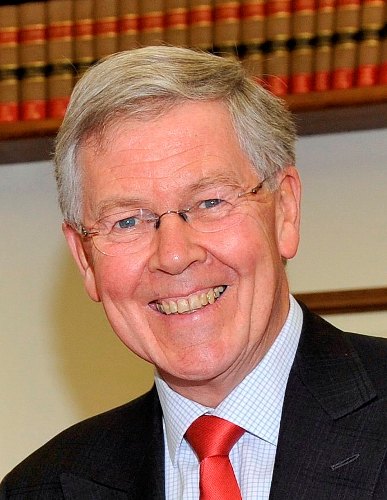 Mike Wicksteed joined the LTS in 1990.

A former soldier and public servant in New Zealand and a senior civil servant in the UK. In the UK, he worked on external and internal communications at the Lord Chancellor’s Department and the Department for Constitutional Affairs before it became the Ministry of Justice. In 2005 he set up and managed the Judicial Communications Office for the Lord Chief Justice, Lord Woolf of Barnes, until retiring from the Civil Service in 2012.

He took over the Honorary Secretary duties in 2012 from Mireille Galinou. 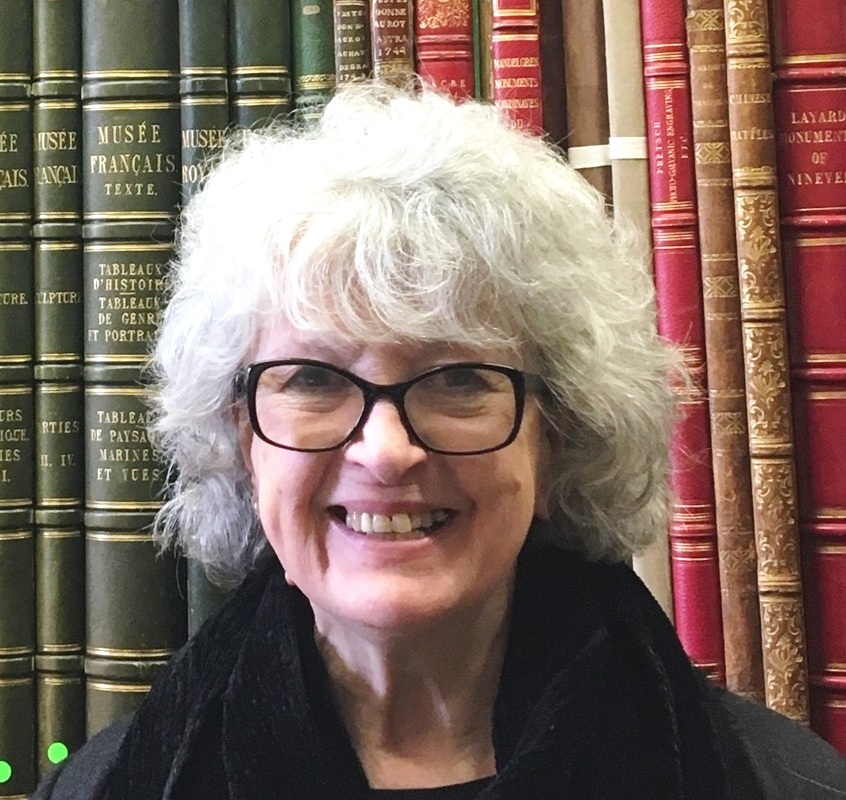 Sheila O’Connell joined the LTS in 2000.

Bridget Cherry joined the LTS in 1988.

Bridget is an architectural historian. She became fascinated by the development of London and the varied character of its different parts when working on the London volumes of the Pevsner Architectural Guides. Since her retirement, she finds editing the LTS newsletter an excellent way of keeping in touch with current changes and new research.

Simon has been the Honorary Publications Secretary since 1983 and finds London history a wonderful distraction from working as a City solicitor specialising in financial regulation. He is particularly interested in the growth of 18th and 19th-Century London. Simon was a major contributor to the Society’s 2020 publication on London parish maps, which exemplify how London is made up of a myriad of linked villages.

Other interests include how contemporaries created aids to navigate a vast city through street signage that differentiated between different parishes and boroughs – and he has cycled around every street recording the Victorian signs before they all disappear. 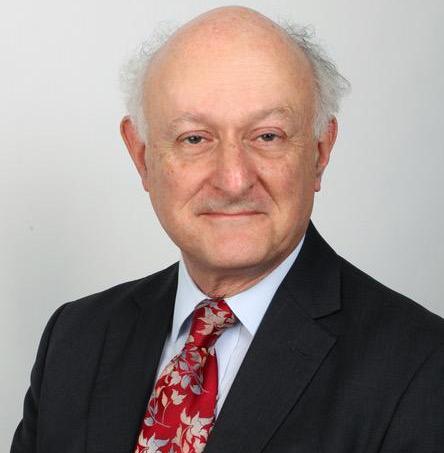 Peter worked for the British Library for 40 years, serving as Head of Maps and Topography from 2001-2015. He has a longstanding interest in the history of London and particularly of Hornsey and Highgate. He was the curator of the British Library exhibition, London: A life in Maps (2006-7) and the author of the related London: A History in Maps (2012). He is President of the Hornsey Historical Society and has served on the council of the Lauderdale House Society since the mid-1970s.

Caroline Barron joined the LTS in 1979.

Caroline is an emeritus professor of the History of London at Royal Holloway, University of London. Her research has focused on the history of medieval London, on medieval women and the reign of Richard II. She has also been involved in the research involved in producing maps of Medieval London (c. 1300) and Tudor London both published by the British Historic Towns Trust and generously supported by the London Topographical Society.

Roger Cline joined the LTS in 1983.  He was elected as one of the Society’s two honorary Vice-Presidents at the 2021 AGM.

Roger assisted his predecessor, Anthony Cooper, in local history society jobs as Anthony’s health began to fail and took over as the Honorary Treasurer in 1985. When the former membership secretary resigned and the lady we employed to send out orders for publications retired he took over their jobs as well. He resigned as the Hon. Treasurer in 2020. As Treasurer Roger has always looked for ways to reduce expenses and enjoys combining exploration of the London area with the delivery of the Society’s annual publication to members on his trusty bicycle and hopes to continue that task for the time being.

Dorian Gerhold joined the LTS in 1991.

Dorian was a House of Commons clerk from 1978 to 2012. His books on London are Westminster Hall (1999), London Plotted: Plans of London Buildings c.1450-1720 (2016), and London Bridge and its Houses, c.1209-1761 (2019), the latter two published by the LTS, as well as many works on Putney and Wandsworth. His other historical interests include road transport before the railways, Chancery records and comparative history. He is Chair of Wandsworth Historical Society. He has been a member of the LTS Council since 2016.

Peter Guillery joined the LTS in 2009.

Peter is an architectural historian and editor for the Survey of London, now part of the Bartlett School of Architecture in University College London. Away from the Survey his publications include The Small House in Eighteenth-Century London (2004), Behind the Façade, London House Plans 1660-1840 (2006, with Neil Burton) and, as editor, Built from Below: British Architecture and the Vernacular (2011) and Mobilising Housing Histories: Learning from London’s Past (2017, with David Kroll).

Dr Peter Ross joined the LTS in 1995 and is the Society’s Honorary Archivist.

Peter has been Principal Librarian at Guildhall Library since 2010. Following a first degree in the history of art, he studied for an MA in London Studies at Birkbeck College. His doctoral thesis was concerned with the cultural history of the 18th-Century London criminal and prison breaker Jack Sheppard. Peter is an accredited Arts Society lecturer and lectures on the history of crime, portraiture, and English Food.

Geoffrey grew up in South London, developing an interested in urban and architectural history by exploring London on foot: something that he continues to do frequently. Having read history at Oxford University, he gained a PhD from London University and is now an emeritus Fellow of Kellogg College, Oxford. His books include Sir James Pennethorne and the Making of Victorian London (1992) and John Nash: Architect of the Picturesque (2013). He edits the Georgian Group Journal and has recently completed a book on the history of the British urban landscape, to be published in 2021.

Rosemary was born and grew up in Pembrokeshire and educated at Manchester and Durham Universities (BA, PhD). Her working life was spent at the former London Museum at Kensington Palace and the Museum of London at the Barbican where she was curator of the Tudor and Stuart Dept. Her main interests are 16th and 17th-century social history and material culture.

Rosemary is a Freeman of the City of London and a Fellow of the Society of Antiquaries.

Laurence Worms joined the LTS in 1984.

Laurence has owned and run Ash Rare Books since 1971. He has represented the antiquarian book trade on the National Book Committee and served as President of the Antiquarian Booksellers’ Association (International) from 2011 to 2013.

He writes on the history of the book and map trades and has lectured at the universities of London, Cambridge, Reading and Sheffield, as well as at the Bibliographical Society, the British Library, the National Library of Scotland, the Royal Geographical Society, Stationers’ Hall, the Warburg Institute and at Gresham College. Published works include articles for the Oxford Dictionary of National Biography and The Oxford Companion to the Book, as well as major essays for The Cambridge History of the Book in Britain and The History of Cartography. His British Map Engravers, co-written with Ashley Baynton-Williams, was published in 2011 and has become the standard work. He also contributed the biographical notes to Peter Barber’s London: A History in Maps, published by the Society in 2012.