"The London Topographical Society was founded in 1880 for the publication of material illustrating the history and topography of the City and County of London from the earliest times to the present day." 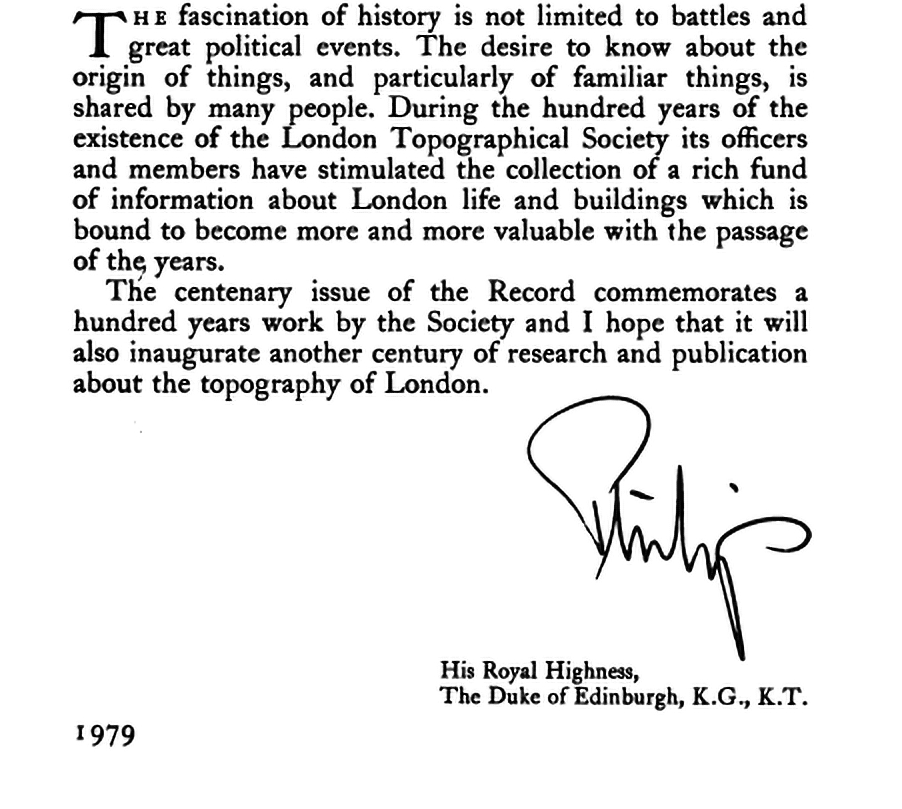 Centenary message from the late Duke of Edinburgh KG KT who agreed to be an Honorary Member in 1948. 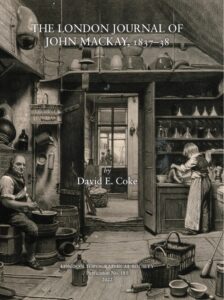 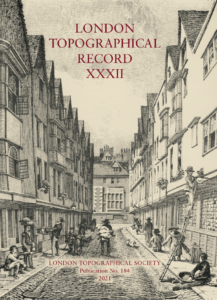 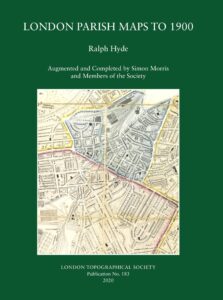 A prize of £1,000 will be awarded annually depending on the response and at the discretion of the Council.

Civitas Londinium, THE FIRST SURVIVING MAP OF THE CITY 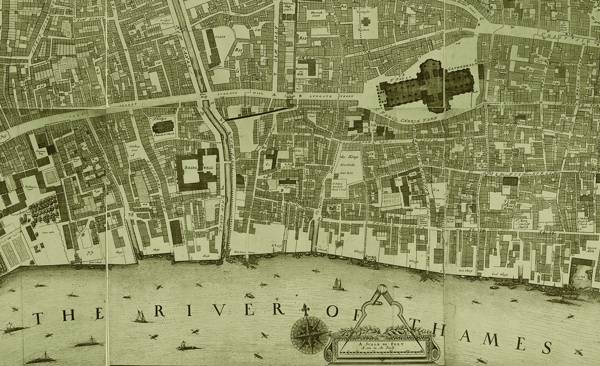 Magnificent Maps of London, the new London Metropolitan Archives’ exhibition (11 April – 26 October 2022), brings together some of the best-known records of the capital.

Following an extensive program of conservation treatment, Civitas Londinium, the first surviving map of the city, will go on display for the first time.

The Survey of London have compiled a short film which outlines the work they do.

All the issues of the Newsletter, from the first edition in February 1975 onwards, are now available to browse through here on the website.

We have also incorporated drop-down menus – scroll over each issue and you can examine the contents before opening it.  Try below.

Copies of the Society’s journal, the “London Topographical Record”, are now available to read in digital format from 1898 through to Volume 29 published in 2006.

More than 300 articles, many with illustrations, cover a wide spectrum of London’s past.

• Notes and News
• Exhibitions and events
• Unusual Destination: Trinity Buoy Wharf
• Victoria Park Gardens, by Dorian Gerhold
• Lambeth Archives, by Jon Newman
• Who owned the City of London in 1666?, by Ian Doolittle
• The Botanic Gardens of Regent’s Park, by Edward Kellow
• A New History of St Giles in the Fields, by Rebecca Preston and Andrew Siant
• London’s Waterworks, by Nick Higham
• The Parkland Walk, by Bridget Cherry
• Reviews

• Notes and News, AGM 2021
• Tribute to our Patron, HRH The Duke of Edinburgh
• Our publications
• Retrospice
• Out and About – or In Front of your Screen?
• Changing London: North of King’s Cross Station, by Sarah Nichols
• The Search for Old London Bridge, by David Harrison
• William Alistair Macdonald and his drawings of the Thames, by Jeremy Smith
• Who Owned the City of London in 1666?, by Ian Doolittle
• London Peregrinations of John Collier, by Kent Barker
• Exploring North East London: New Walking Routes and Maps, by David Harrison
• Deptford: Ramping up Trade, by David Crawford
• New ideas for a walk in the park?  20th century London Landscapes, by Bridget Cherry
• Reviews
• AGM 2021
• Minutes of the Society’s 119th AGM
• 121st Annual Report
• Income & Expenditure Account 2020

• A note from the new Treasurer

• The London Historians, by Mark Pattison

• Query answered: The Eye of London

• Volunteering at the LMA, by David Gaylord

• A walk through the City, by Mike Wicksteed

• St Katherine’s before the Docks, by Derek Morris & Ken Cousins

Topographical adjective Relating to the arrangement or accurate representation of the physical features of an area.